Can You Insulate Around a Chimney? 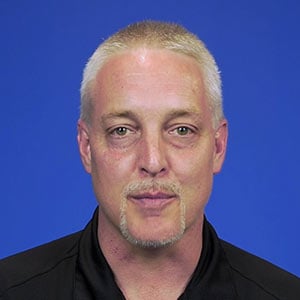 You’ve located the cold draft source in your home, and it’s coming from your chimney.

You’re left wondering if you can insulate around the chimney to reduce that air movement.

RetroFoam of Michigan has been insulating homes across the lower peninsula since 2002, as well as the greater Toledo area. With that experience, we also understand the building code, and what is and what isn’t allowed when it comes to insulation.

We strive to educate homeowners as they take the journey to learn about insulation for their homes. In that continued effort, let’s look at whether a chimney can be safely insulated.

Can You Insulate Around a Chimney?

When it comes to stopping air leaks and movement into your home, the first thought is to add insulation.

That’s not the best answer when it comes to fireplace insulation.

You have to think about what your chimney does and how it is designed. There is the stack, which primarily deals with the smoke and the chase, which is an open cavity around the stack. The chase is where many people want to insulate.

You’re probably wondering now how to insulate a chimney chase, but that’s not the answer.

Your chimney is a place in your home that gets really hot. With that being said, a chimney must be able to radiate the heat it generates.

Spray foam insulation or injection foam in the chase would prevent this from happening and cause problems in the future because the foam will act as a barrier.

What about traditional insulation materials like fiberglass or cellulose?

You run into the same problem, as well as keeping flammable materials away from the heat the fireplace and chimney produces.

When it comes to code, it is required by the International Residential Code (IRC) to maintain clearances between combustible materials and the firebox and flue, according to a breakdown of the applicable code by the U.S. Department of Energy.

The flue is the duct or opening in the chimney that expels the exhaust from the fireplace outside. Historically, people have used the term "flue" and meant the chimney itself.

So, with all of this information, the answer is you shouldn’t insulate around a chimney.

There are better ways to keep cold air out and losing the air you pay to condition.

Sealing an Air Leak in the Chimney

Sealing up air leaks in the chimney is possible.

If you know there are cracks in the chimney itself, as long as you follow the IRC, you can caulk those cracks and small openings.

A safety feature of this balloon is if you forget about it over the summer and start a fire on a brisk night, it will deflate within seconds of coming into contact with heat.

Even though there isn’t much you can do to stop those drafts in the winter when the fireplace is in use, it is good to know the balloon can be used in the off-season to reduce air leakage.

How to Reduce Drafts in Your Home

What is the Best Insulation for an Attic? (Spray Foam vs Fiberglass vs Cellulose)

Steve has worked with customers in his previous career from small clients to large corporations. When visiting homeowners, Steve ensures he assesses the home’s insulation needs. He then lets the homeowner know what are the best options to solve their problems. He uses the skills he learned from several management courses when working to help customers. Steve has a very large family and enjoys bowling with them in his free time.