When Did They Start Using Insulation in Homes?

Much like the sky is blue and water is wet, many people just think of insulation as a thing that just is.

That’s not exactly true though.

Insulation in homes, relatively speaking, is a newer concept when it comes to keeping your home comfortable. When I say relatively, I mean it’s likely if your home was built before the 1950s, you’re not going to find what you think of as traditional insulation in your walls.

RetroFoam of Michigan has insulated thousands of homes across the lower peninsula since we started in 2002. We’ve insulated houses in the Detroit-area that were built in the mid to late 1800s and found nothing but horse hair in the walls.

In other cases, you might find newspaper, hay, or pretty much anything that would fill the wall cavity.

But let’s not jump ahead of ourselves, I have some history I am going to lay out for you.

In our ongoing efforts to educate homeowners, we are going to discuss the early beginnings of home insulation right up to the innovations we see today. I mostly promise to make sure this isn’t boring.

History of Insulation in Homes 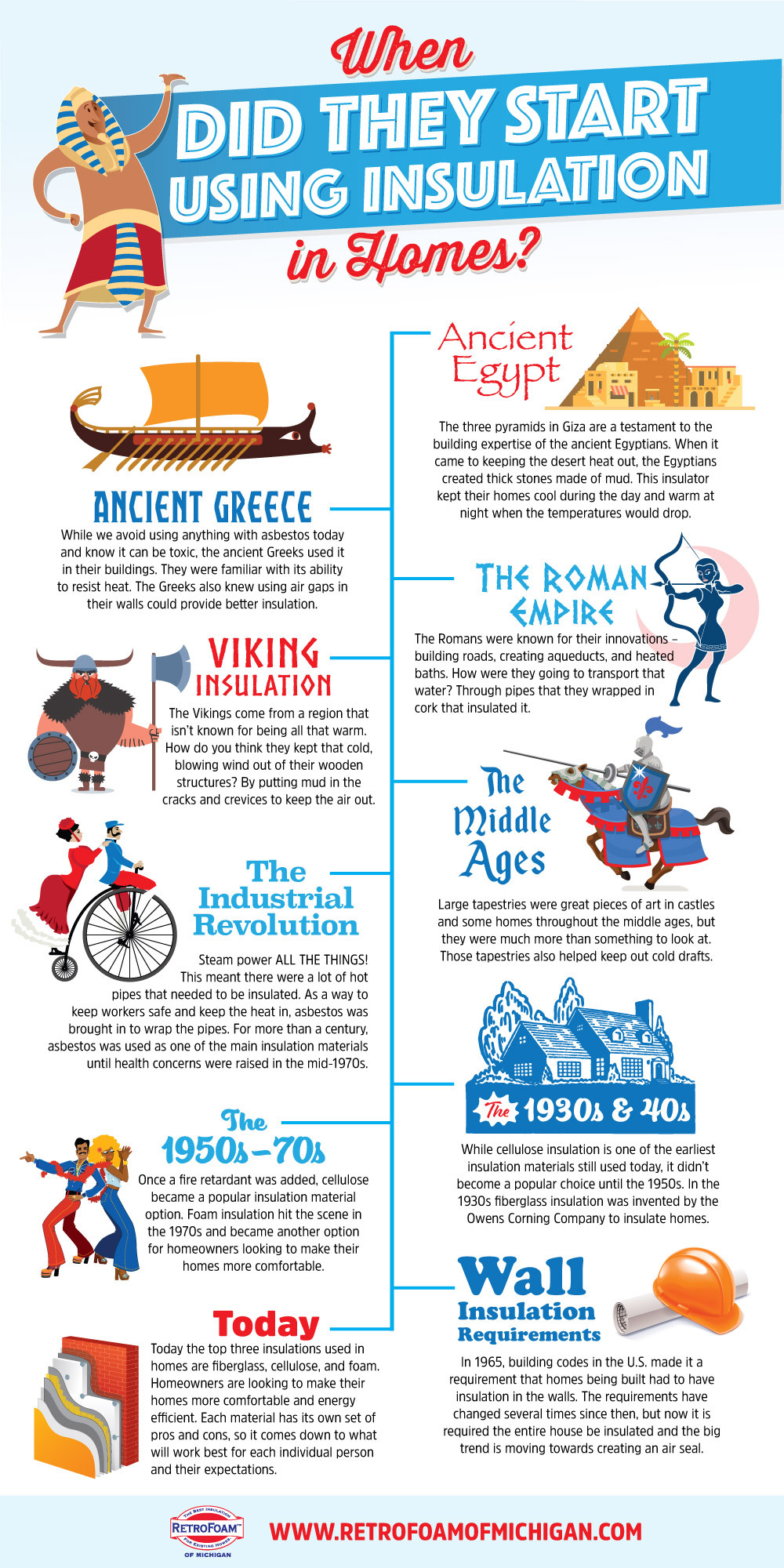 We are about to go way back and by that, I mean to the beginning of a time when people wanted their abodes to be cozy.

Buckle up, because we’re taking this DeLorean back to ancient Egypt, traveling through time, and then back to the future covering the history of home insulation.

Insulation in Your Home

Now that you have a better understanding of when home insulation first hit the scene, you might be wondering if your home is well insulated.

Your home could be one of the 90 percent across the U.S. that is under-insulated. There are typical signs you need insulation, like cold walls and drafts, but you can also take a look yourself by looking in the attic or crawl space. You can even remove the plate on your light switch to get a better look at those walls.

There are more than a dozen signs you are lacking in the insulation department. Check out our “18 Signs and Symptoms it May Be Time to Update Your Insulation” to see how many of your home’s issues are connected to little or no insulation.