RetroFoam of Michigan Recognized for Energy Efficiency by Consumers Energy

For the fourth straight year, RetroFoam of Michigan received awards from Consumers Energy due to their work to make homes more energy efficient.

The Consumers Energy Excellence in Energy Efficiency 2017 Awards Banquet was held on Thursday, June 1 at Spartan Stadium in Lansing. The banquet is held each year to acknowledge contractors across Michigan who participate in energy efficiency programs through Consumers Energy.

This year RetroFoam of Michigan took home two major awards for their efforts in making customers’ homes more energy efficient and getting them the most rebates.

"We appreciate the work that RetroFoam and other Michigan businesses are doing every day to deliver energy efficiency savings that help power our state's economy," said Tim Sparks, Consumers Energy's vice president of energy supply operations. "By collaborating with RetroFoam, we are able to build on the $1 billion in customer savings that our energy efficiency programs have delivered since 2009."

RetroFoam of Michigan made it to the top 10 list of contractors in application submissions in the Home Performance with Energy Star category and only started the program in July 2016.

The next award category was Insulation & Windows Awards where RetroFoam of Michigan won the Top Performing Contractor – Insulation. This award is given to the insulation contractor that has some of the highest numbers for the amount of rebates given to customers, customer satisfaction, and flawless paperwork.

RetroFoam of Michigan has been participating in the Insulation and Windows program for several years. In 2016 they had the second highest number of applications submitted in the program. 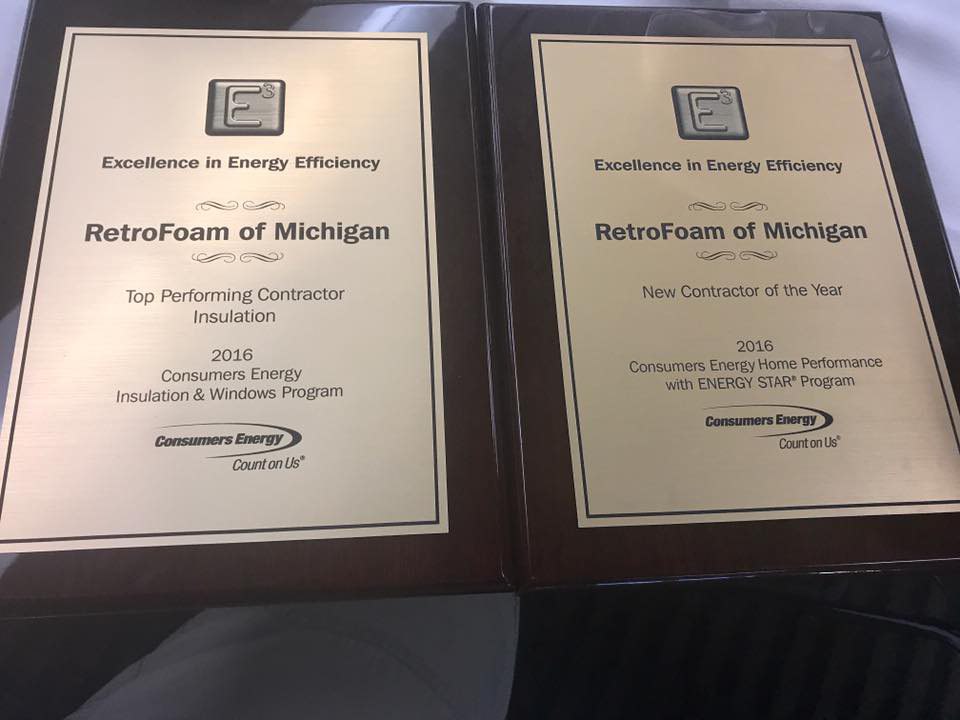 Other contractors presented with awards in the Home Performance with Energy Star category included: